In the mountains of South Asia is the Lao People's Democratic Republic, more commonly known as Laos. This country dates back to the kingdom of Lan Xang, founded in the fourteenth century. In the paradise Asian region, overgrown with wild vegetation of the virgin jungle, Laos can be a great destination for tourist travels undisturbed by the excess of tourists. So different from neighboring countries it remains little known and mysterious. 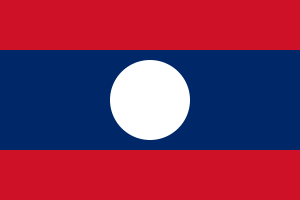 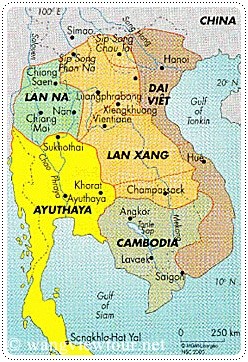 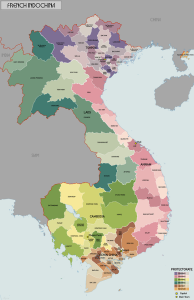 We know about the history of Laos before 1300 that migrations from the area of ​​southern China began in the 600s, and migrating peoples began to settle along the Mekong River. Laotians came a little later, between 800 and 1100. In Luang Prabang, Xiangkhoang and That Phonom, cultural and political centers were formed at the same time, which were part of the Khmer Empire's sphere of influence. When Angkor collapsed in 1300, many Lao minorities united and formed the greater kingdom of Lan Xang, which had its center in Luang Prabang. The period of splendor of the state fell on the 17th century under King Soulignavongs. After the king's death, the fight for the throne divided the country into three smaller states.

When at the end of the nineteenth century the French began to show interest in the region of Thailand (then Siam) was forced in 1893 to sign an agreement on the surrender of areas east of the Mekong River to the French. In this way, Laos was incorporated into the French colony - Indochina. For the French, Laos was just a stage on the road to Thailand. They abolished slavery and took control of the tax system, but otherwise the local Lao elite continued to rule the country, and the king remained on the throne.

Until World War II, no Laotian nationalism appeared. In 1941, French Indochina was occupied by Japan, but France continued to rule the area. The Japanese took direct control of the colony, but after the surrender in August 1945, France returned to managing Laos.

The national political forces that arose during the war can be divided into two main directions. One of them was the Lao Issara liberation movement, which had strong ties with leftist guerrillas in Vietnam and wanted the French to leave Laos. The other direction consisted of groups who, on the contrary, were afraid of Vietnamese influence and therefore wanted to maintain French rule. After the war, France focused its attention on Vietnam, thanks to which Laos proclaims its independence in 1953, as confirmed by the Geneva conference a year later.

Of course, the main religion of Laos is Buddhism, but it contains a lot of elements of old beliefs, mainly animism. This is manifested, for example, by faith in the uninterrupted presence of various spirits (Phi) - good and bad. They are a permanent element of life - both spiritual and everyday. Saffron robes of monks and gilded temples are a permanent element of the landscape.

It is estimated that about 30% of Lao people still practice tribal religions, and Christians are less than 2%. 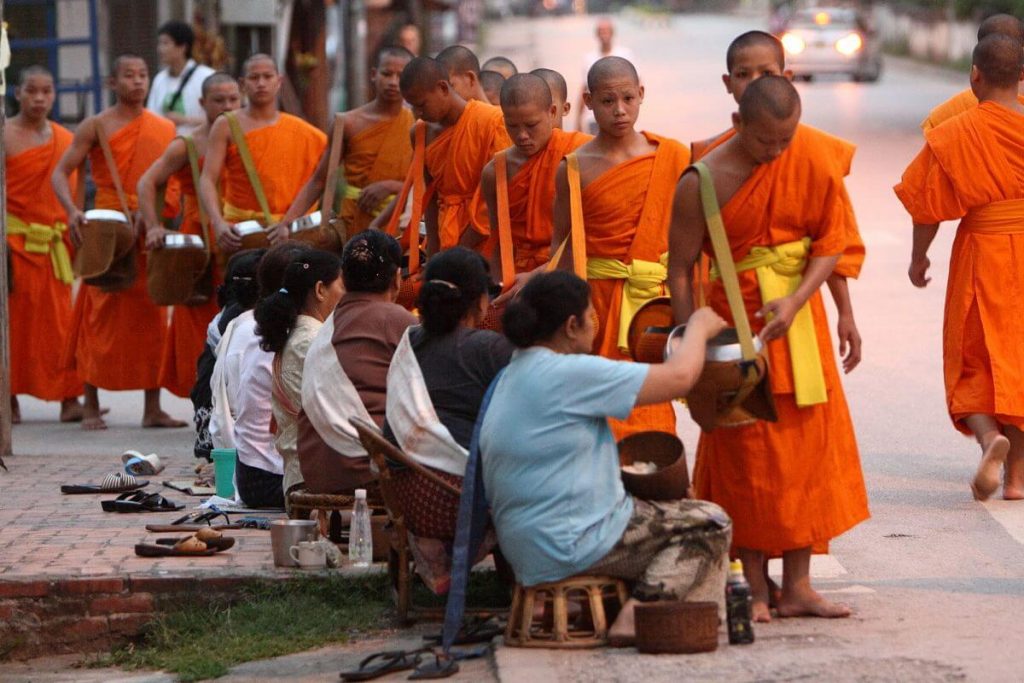 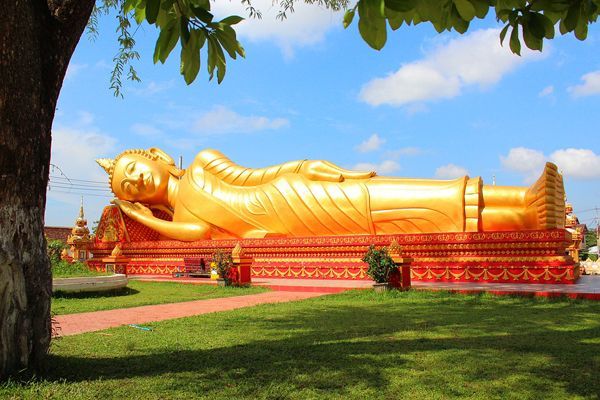 As in all of Indochina, the best time to visit Laos is from October to April (especially December-January). You have to remember, however, that this is a mountainous country, so in the evenings it can be cold, so warmer clothes will definitely come in handy. You will find more information HERE.

Coffee is the best that the French have left in Laos! They sowed coffee on the Bolaven plain, and it soon became the hallmark of Laos in the French colony. It is not as popular as e.g. Vietnamese coffee, because it has a much shorter shelf life - about half a year.

In Laos it is worth trying the most popular dishes: larb, laarb, laap, laarp - written and served in different ways in different parts of Laos. A delicious herbal dish of meat (chicken, pork, beef) with kaffir (lime) leaves, mint, basil and rice. Don't be afraid to ask the restaurant staff for help in handling lao barbecue, also known as hot pot. The waiter will put a gas burner and a pot / grill on your table, give you raw ingredients (meat, vegetables, herbs) and broth, from which you can prepare a meal yourself! Great fun, during which you set the pace of meals yourself. 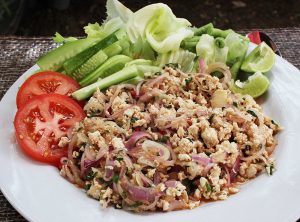 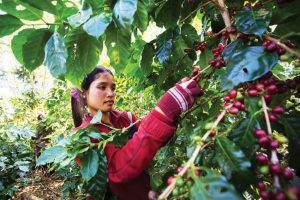 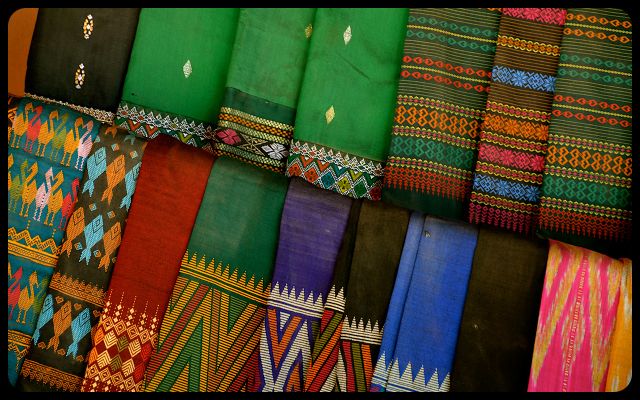 Traveling around Laos is not expensive, but it takes a long time. Traveling about 100km can take up to 3 hours depending on the condition of the road. Laos does not have a well-developed communication network, which is largely due to the terrain. At your disposal will be buses, minibuses and minivans proposed by local offices, as well as sawngthaew - a Lao contribution to the development of global motoring. Imagine the front of a small truck, to which someone attached a horse-drawn cart with two benches at the back (as in Zakopane). It is better to choose this measure on short routes - the lack of shock absorbers can be felt very quickly. 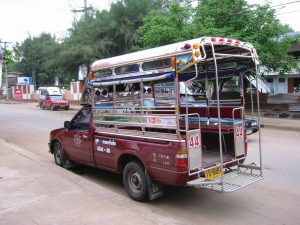 What's worth seeing in Laos?

Laos, although just gaining popularity, certainly will not disappoint you if you visit: 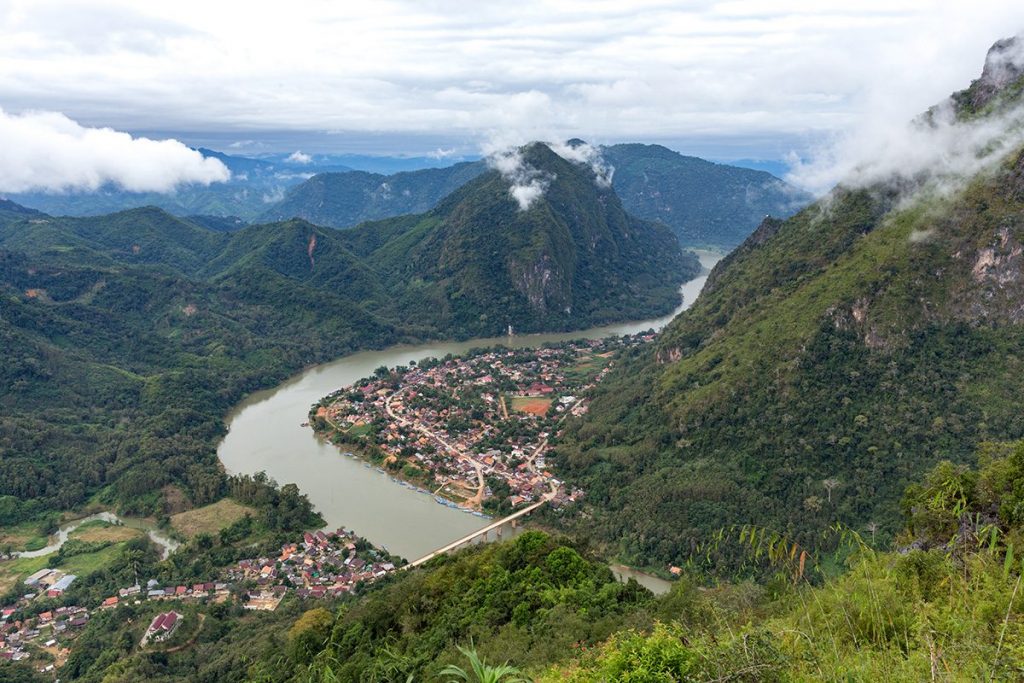 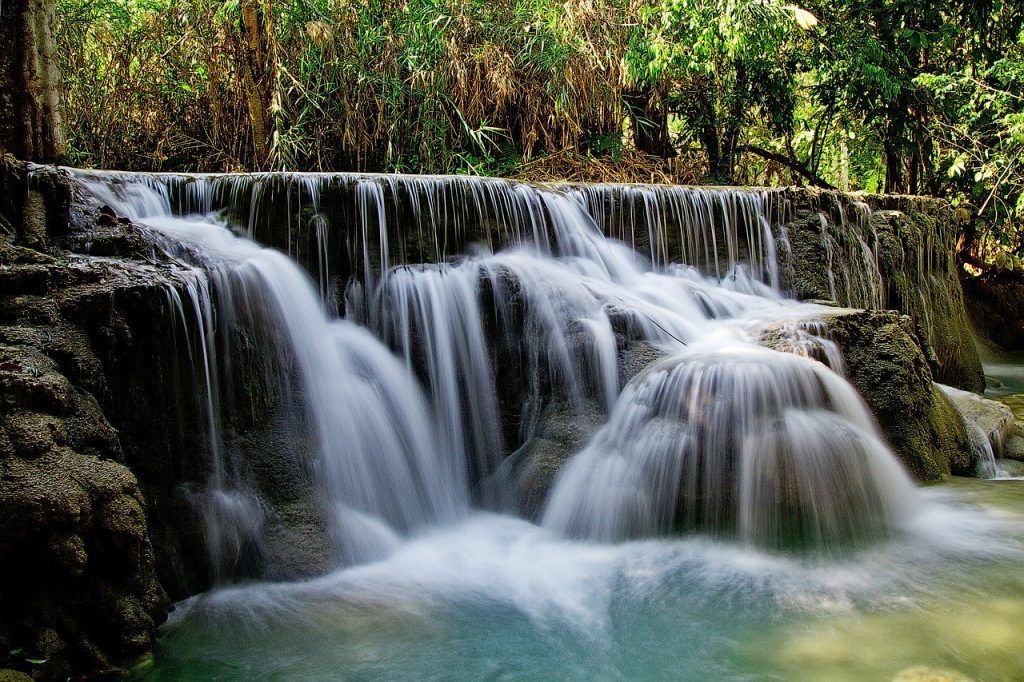 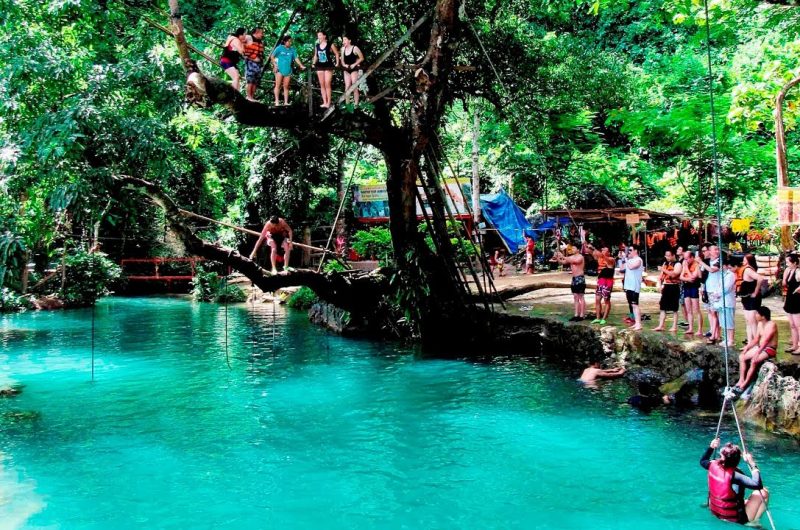 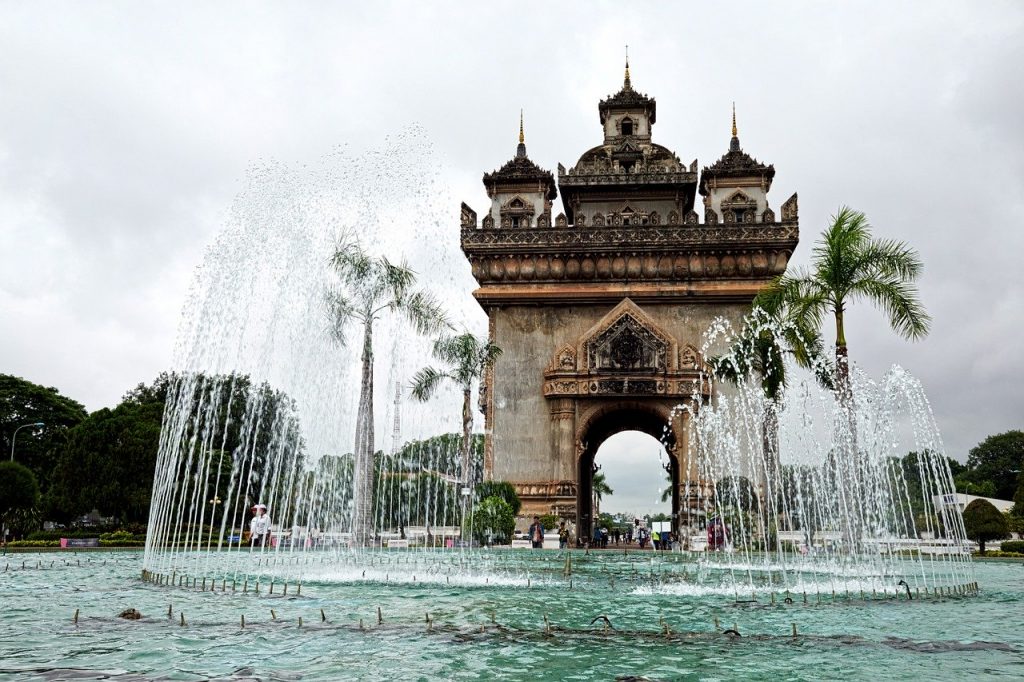 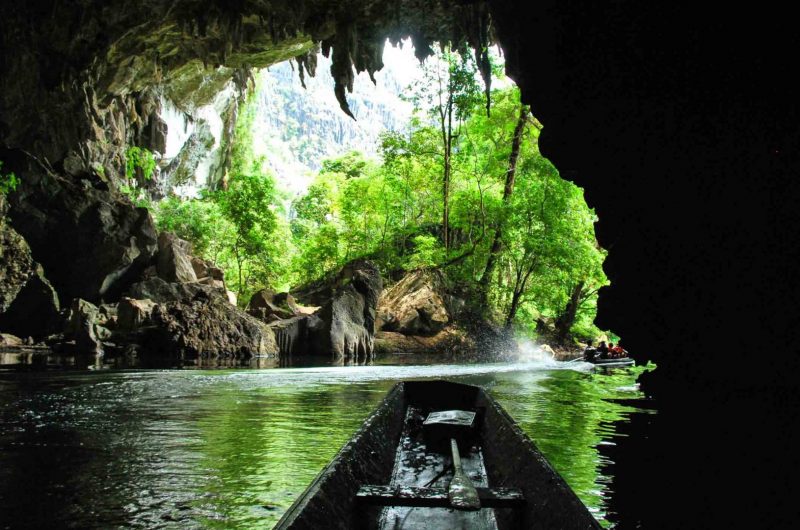 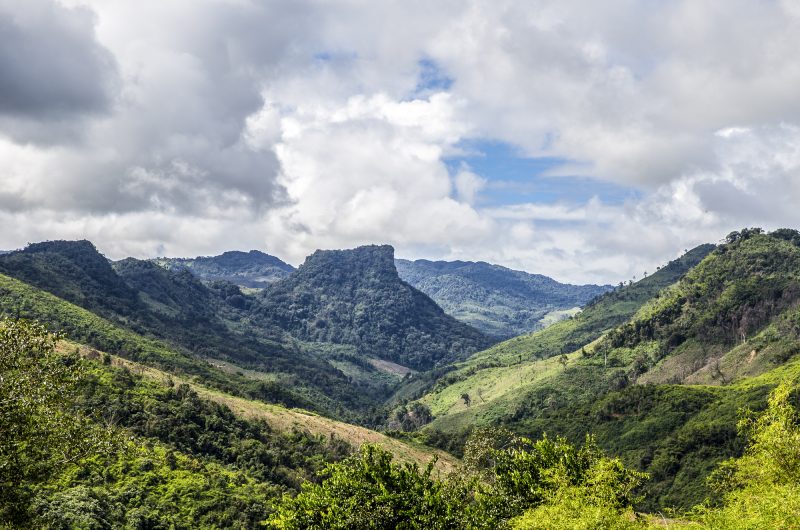 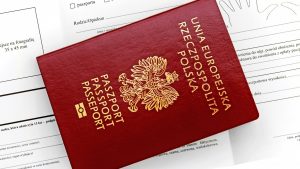 Visa to Laos, as well as to other countries, can be obtained in several ways, which we described HERE.

When entering Laos, no mandatory vaccinations are required, and information on current threats and recommendations can be found at the Polish website Ministry Foreign Affairs .