In recent years, Asia has been a very popular holiday destination for Poles. Among countries from this region of the world, Thailand is undoubtedly the most-visited Thailand, of which there are legends among tourists. Wonderful landscapes, beautiful beaches and delicious food - these are just some of the reasons why millions of tourists from all over the world visit the country every year. Thailand is also a country of incredibly rich culture that is worth observing at every step. 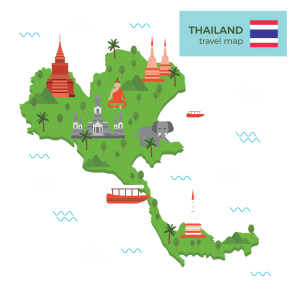 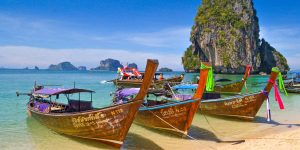 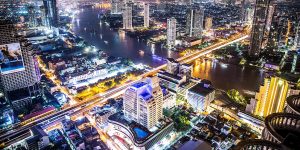 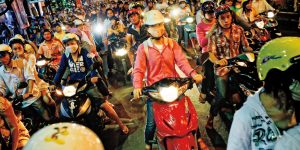 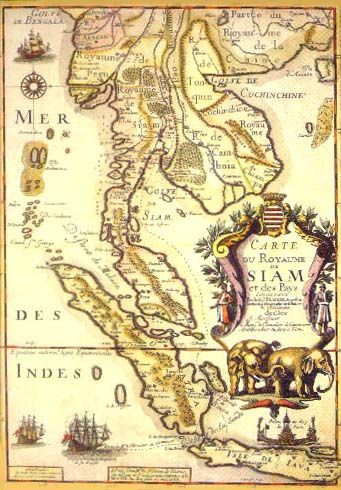 Thai people used to compare the shape of Thailand to the head of an elephant - a symbol of goodness and friendship. Nearly 2,000 years ago, the current territory of the country was inhabited by the Mones, but the proper history of Thailand begins with the migration of Thai people from southwestern China in the X-XII century. In the thirteenth century in the Upper Menam basin the state of Sukhotai was established. In the fourteenth century, King Rama Thibodi I founded Ajutthaja in the Menamu Valley, the capital of the kingdom, which covered almost the entire territory of present-day Thailand and a significant part of present-day Cambodia. Neighboring countries began to call the state Siam - over time, this name officially adopted. Internal conflicts and the war with Burma led to weakness in the 16th century, while intensifying contacts with the Portuguese, Spanish, Dutch, English and French. General Chao Phya Chakri proclaimed himself king (Rama I) and founded a new dynasty (Chakri) in 1782. Attempts to expand the borders were hampered by the colonial influence of the French and British in neighboring countries. After ą, negotiations and unequal treaties with Great Britain, France and the USA - Thailand, while maintaining independence, is becoming a semi-colonial country.

A bloodless coup d'état, carried out in 1932 by civil politicians and army representatives, transformed the country into a constitutional monarchy. In 1940, the government concluded a non-aggression pact with Japan, and a year later an alliance of troops. After World War II, a civil government was formed associated with the Allies Seni Pramoja, which in 1946 brought settlement with Great Britain and France. The army returned to power in 1947, only to surrender it in 1974, when the National Assembly adopted a constitution establishing parliamentary democracy in Thailand, and a new constitution adopted in 1997 strengthened the democratization of the country.

Buddhism is definitely the most important religion in Thailand. Only 5% of the population profess a different faith (including about 4% Islam and about 1% Christianity). A specific type of Buddhism, Theravada (Southern Buddhism), reigns here. Thai Buddhism assumes that the essence of life is to gain karma and reincarnation. The next incarnations depend on the karma gained in previous ones - good or bad. Misery and suffering are punishment for wrongdoing. We suffer because in previous lives, we have not managed to maintain harmony. The ultimate goal is the eternal state of bliss or nirvana. Thai people take their religion very seriously - they live according to Buddhist principles and follow them at every step. 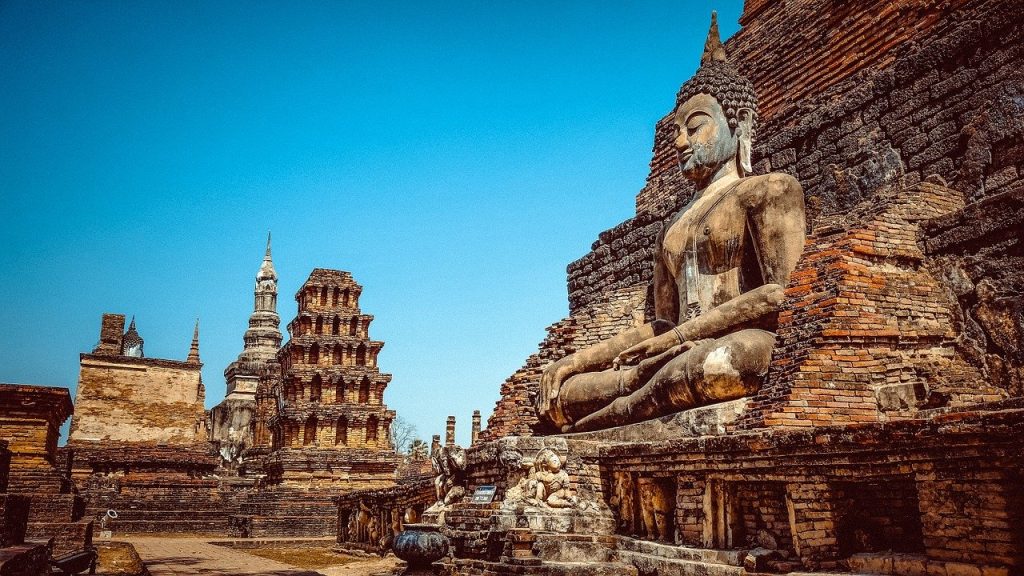 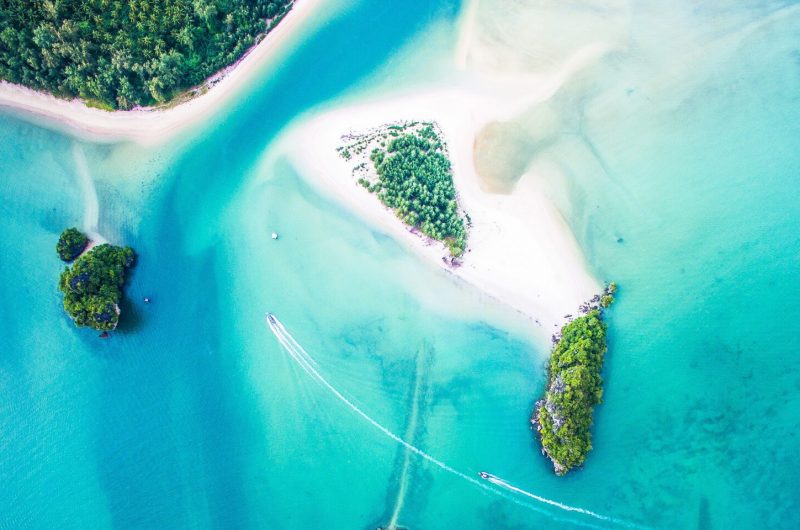 Thailand is the coasts, islands and continental part - which means different weather in different parts of it. So it's best to adjust the period of the year to what you want to visit. You will find more information HERE.

Of course, a trip to Thailand is also an amazing experience for every gourmet who likes to try oriental dishes. It should only be remembered that sharp spices reign here, which Thais don't regret. This is the healthiest, tastiest and least complex Asian cuisine. For Thai people, food is a form of ritual that they are reluctant to perform themselves. The main guideline is the principle of five flavors: spicy, sweet, bitter, sour and salty.

Rice is the traditional basis for Thai dishes. It is so complicated that you can find here a lot of different types of rice used in various dishes. We highly recommend trying khao hawm rice - jasmine. The most commonly used spices are chillies, garlic and curry. You can often find coconut milk, nuts and various fresh vegetables. Among the meats, pork, poultry, fish and seafood are the most popular. Specialties of the local cuisine include soups (spicy and sour), soups made from coconut milk with poultry, fried fish and of course various vegetables prepared on the wok. 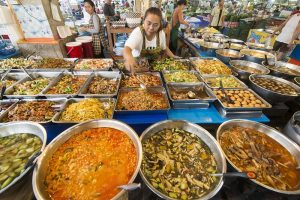 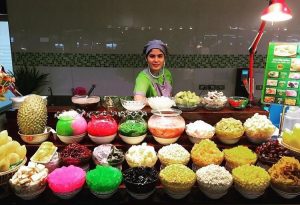 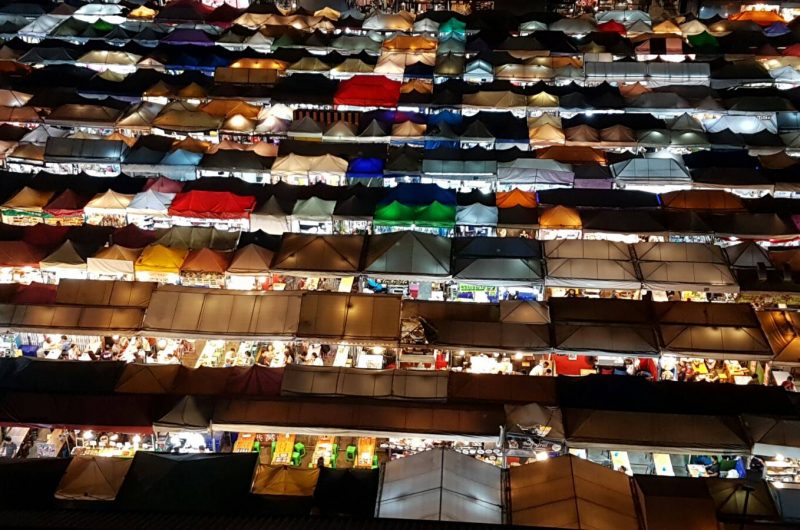 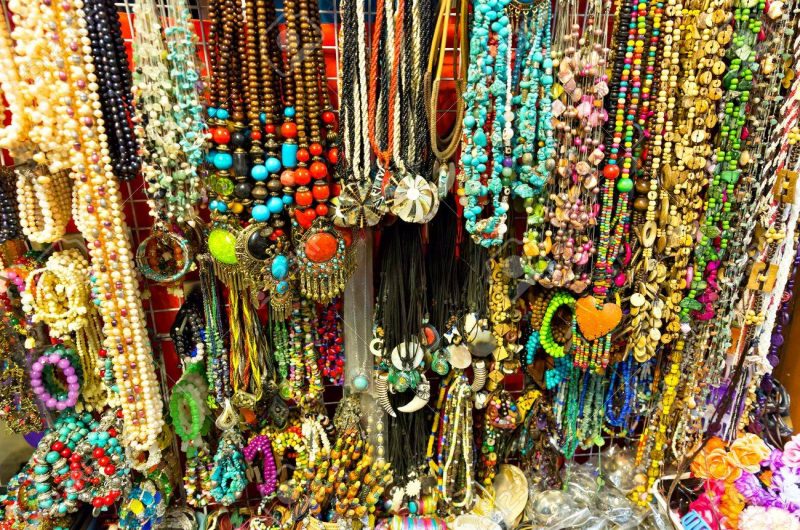 As in other countries, in Thailand you can choose from several transport options. Of course, these include local airlines, which will save you a lot of time. The cheapest option is definitely trains, which on the other hand cost a lot of time. A fairly dense network of bus and coach lines will allow you to balance the costs and travel time.

It is best to move around cities with the Hornbeam (Asian equivalent of Uber) and tuk-tukami. Remember to set the fare with the driver in advance to avoid unpleasantness at the end of the route. 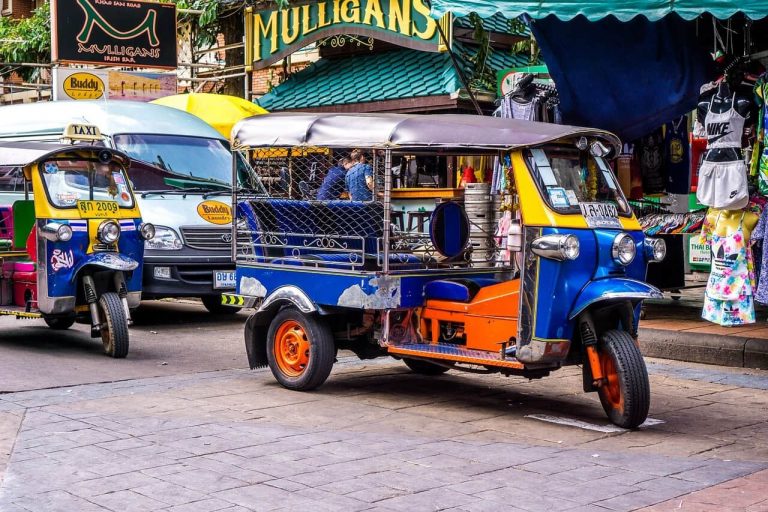 WHAT IS WORTH SEEING IN THAILAND?

You have probably already seen many photos of paradise beaches that you dream of sitting at your desk in the office - the chances are that they were taken in Thailand. Remember, however, that there is also something to visit: 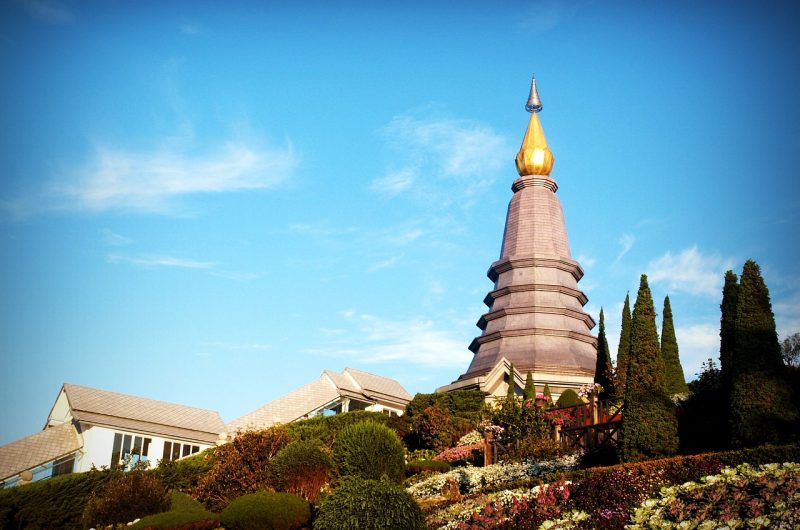 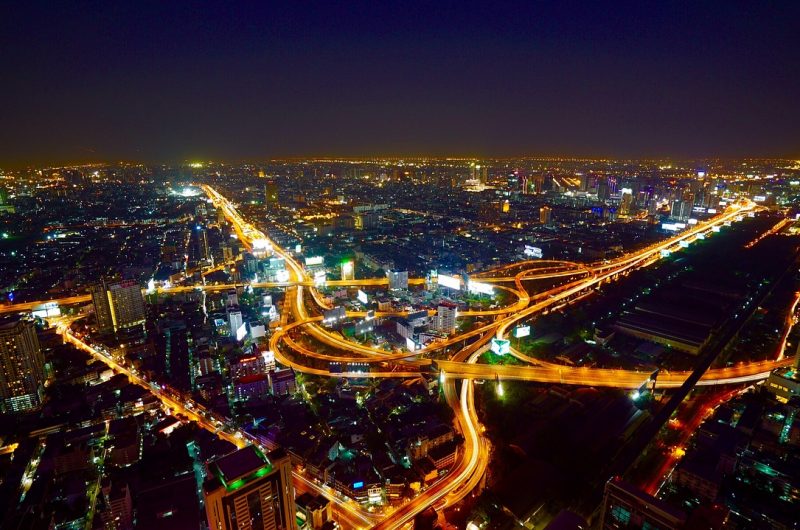 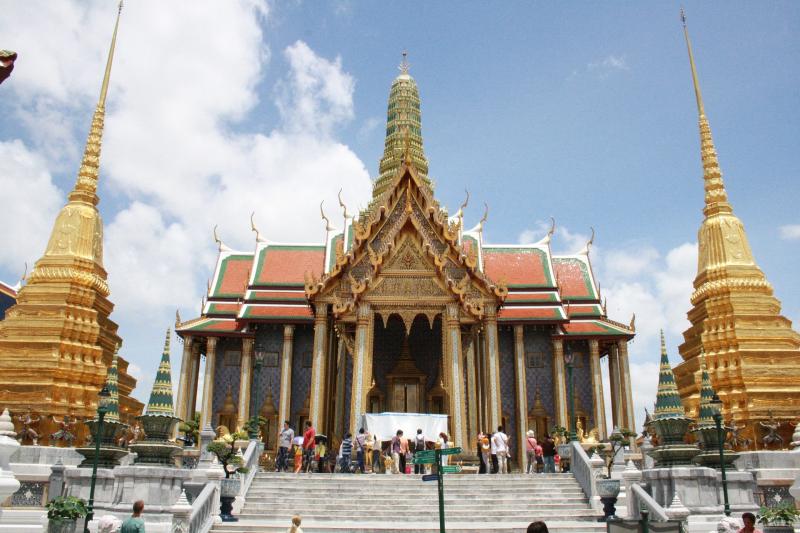 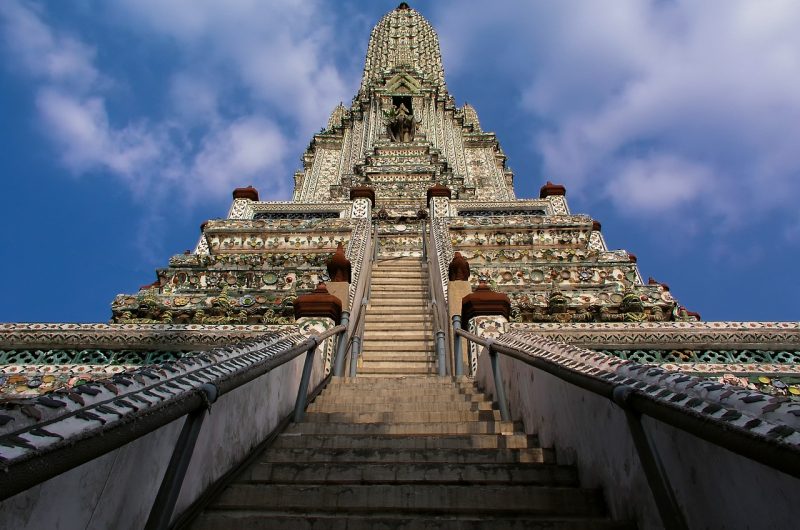 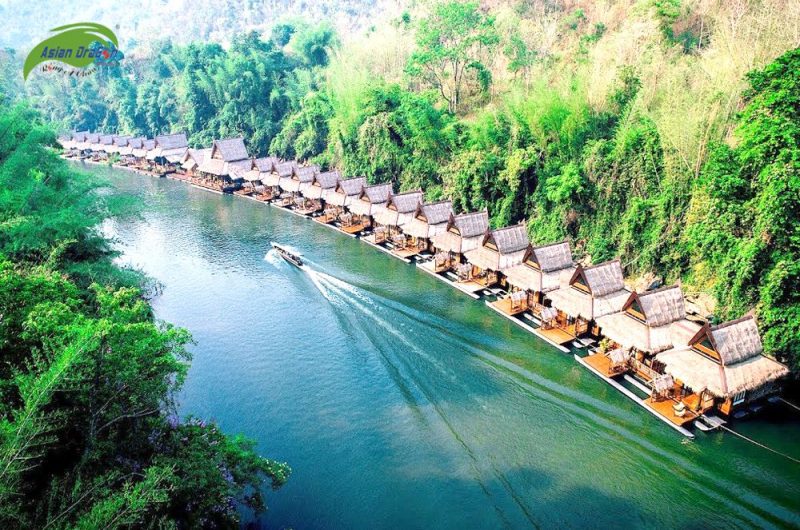 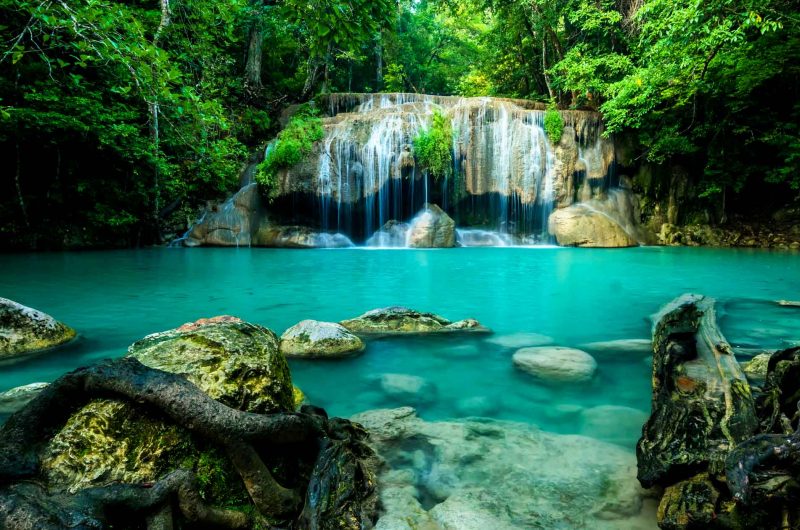 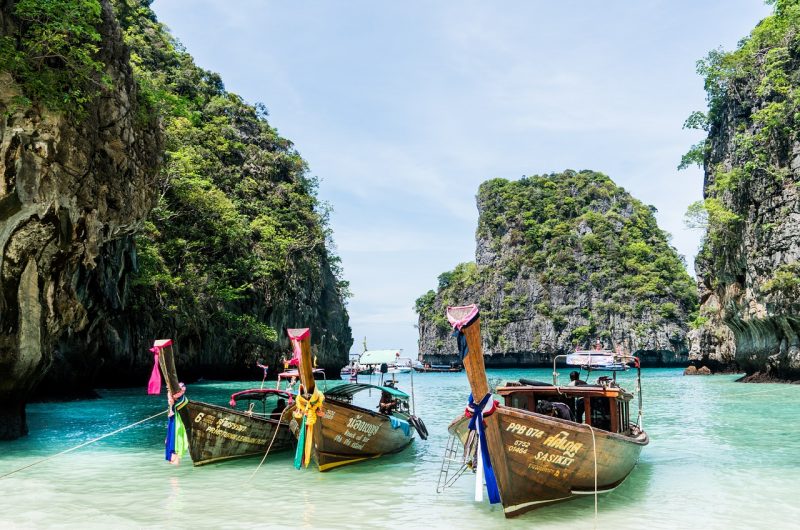 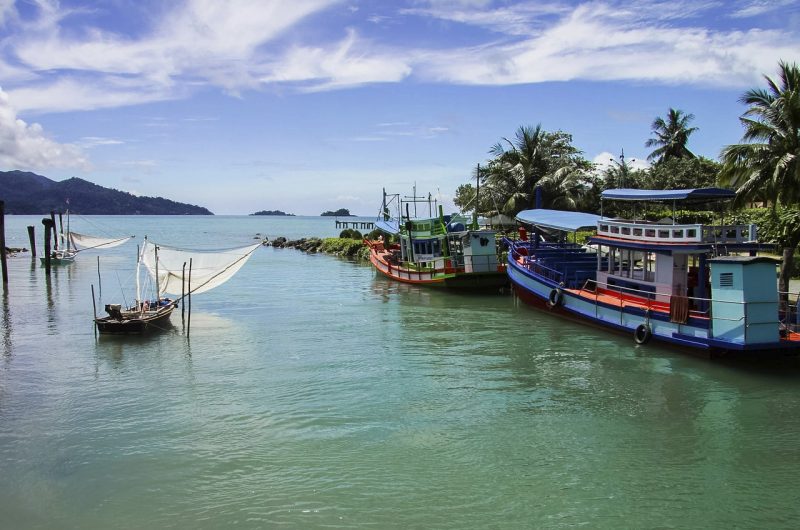 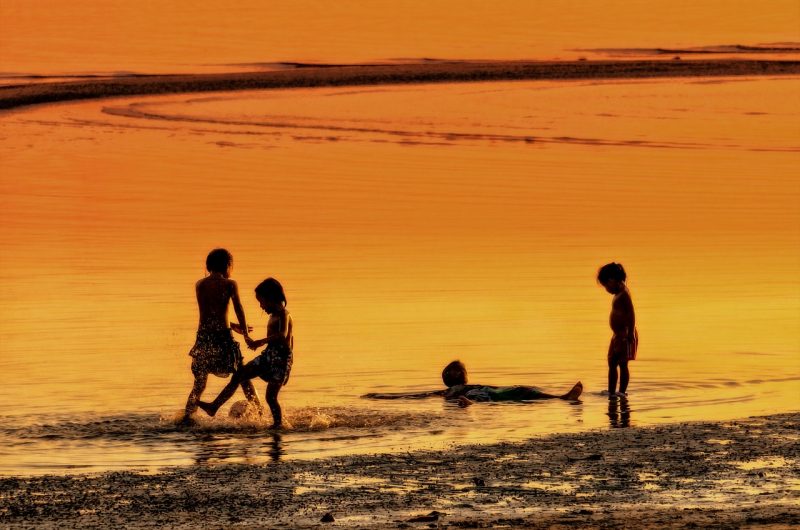 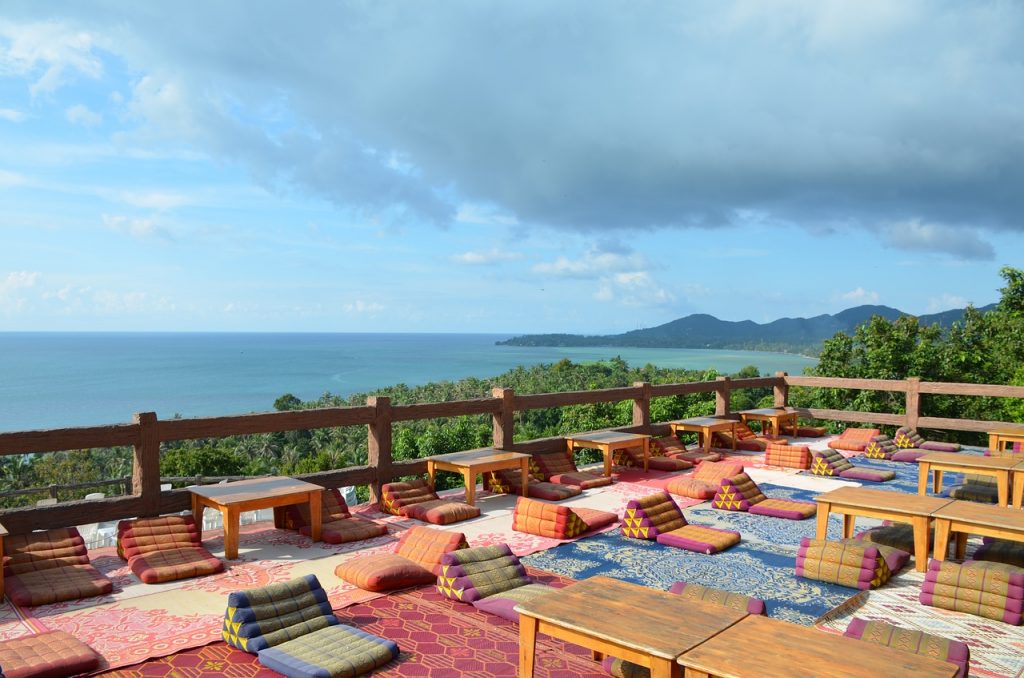 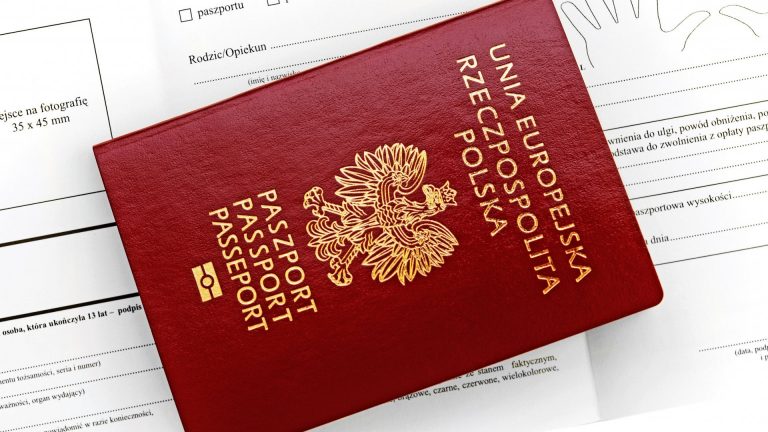 For Polish citizens, it is possible to enter Thailand without a visa. Detailed information can be found HERE.

When entering Thailand, no mandatory vaccinations are required, and information on current threats and recommendations can be found on the Polish website Ministries Foreign Affairs .