Singapore is a city-state located on an island located on the edge of the Malay Peninsula over the Malacca Strait and forms one of the smallest countries in the world. The entire area of this country is less than six hundred square kilometers. Although most of the inhabitants are Chinese and Malay, we don't have to worry about the lack of language. English, along with Chinese, Malay and Tamil, is one of the official ones in force in Singapore. The only difficulty that may meet us is that this Singaporean English is slightly different from the traditional, pure version. 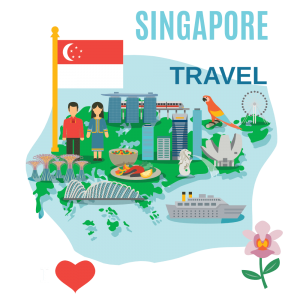 The ship of Prince Sang Nila Utama found refuge on the shore of a small island near the Malay Peninsula in the 12th century. When the crew was looking for a place to stay, a lion ran in the distance. The prince considered this a good omen and called the newly discovered land of Singa Pura - the City of Leo. Thanks to its location at the intersection of two sea routes, Singapore flourished very quickly. Already in the 12th century it was a great trade center, which was part of the Malay State. However, the city was razed to the ground during the Javanese invasion in 1365. Until the time of the British colony, Singapore was only a fishing village. In 1824, the entire island was bought by Stamford Raffles from the Sultan of the province of Johor to create a commercial factory there. With the export of rubber, tin, rice and spices, Singapore quickly became a major commercial center again.

April 1, 1867 Singapore was transformed into a colony, formally part of the British Empire, which was a symbol of military and naval power in the Far East. During World War II, Singapore was conquered by the Japanese on the night of December 7-8, 1942, which Winston Churchill called "the worst catastrophe and largest surrender in British history." After the end of World War II, Great Britain regained power in Singapore for a short time, so that the island in 1946 became an independent administrative unit, in 1958 it gained autonomy, and in 1965 complete independence.

It is said that in Singapore, the four main religions are the most important: Buddhism, Islam, Hinduism and Christianity. This is due to the fact that the city-state was built on the foundation of immigrants from surrounding countries who were moving in search of a better life. And in this way the vast majority are Chinese (76%), who profess Buddhism, Taoism and Christianity. Then Malay (15%) - Islam, Hindus (7%) - Hinduism. 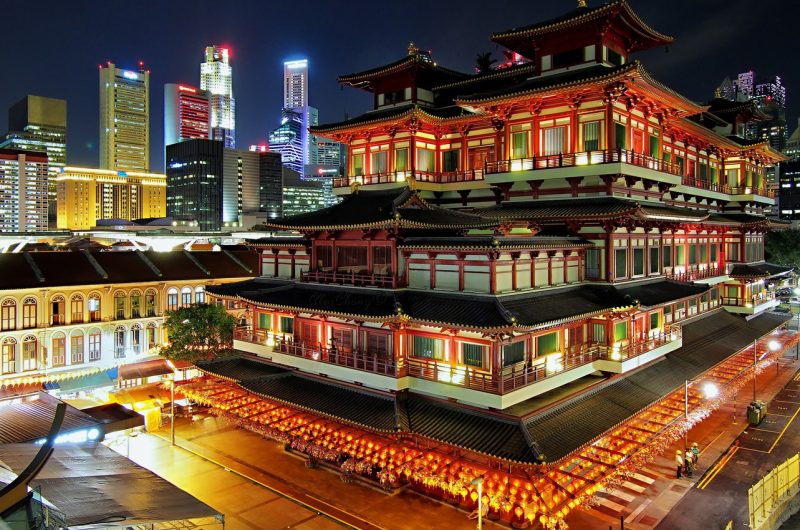 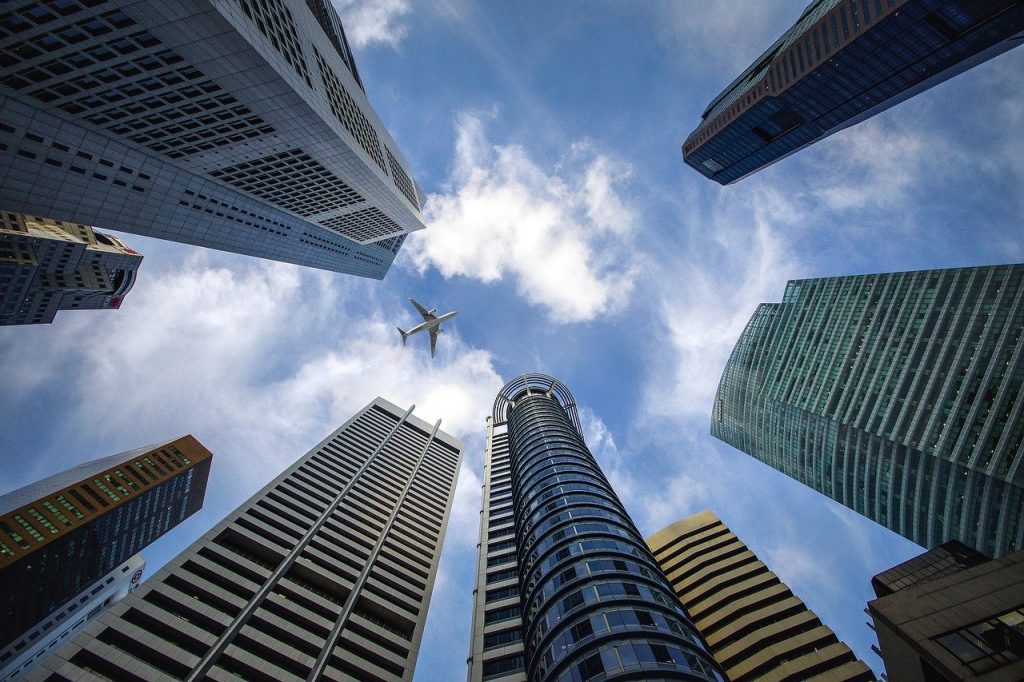 A trip to Singapore is best planned between October and May. Then we have the chance that the weather will be our ally and in comfortable conditions, we will come to know this fascinating country. Visiting Singapore alone is worth combining with culinary tourism. You will find more information HERE.

The kitchen is full of amazing spices and ingredients. Its existence is a combination of dishes from Malaysian, Chinese, Indian, Indonesian, Thai, Middle Eastern and Western Europe. A real gourmet paradise! Many original dishes from other Asian countries have been simply adapted to the conditions and products available in Singapore. Unofficially Singapore's national dish is Haianese Chicken Rice, which is Chinese rice with chicken. The most popular place in Singapore that serves this dish is Tian Tian Hainanese Chicken Rice at the Maxwell Food Center. Of course, you can't leave Singapore if you haven't tried chilli crab - spicy, egg thickened yet. Both street food and restaurant dishes are based largely on fish and seafood. Don't be afraid to try new flavors - you have enough here! 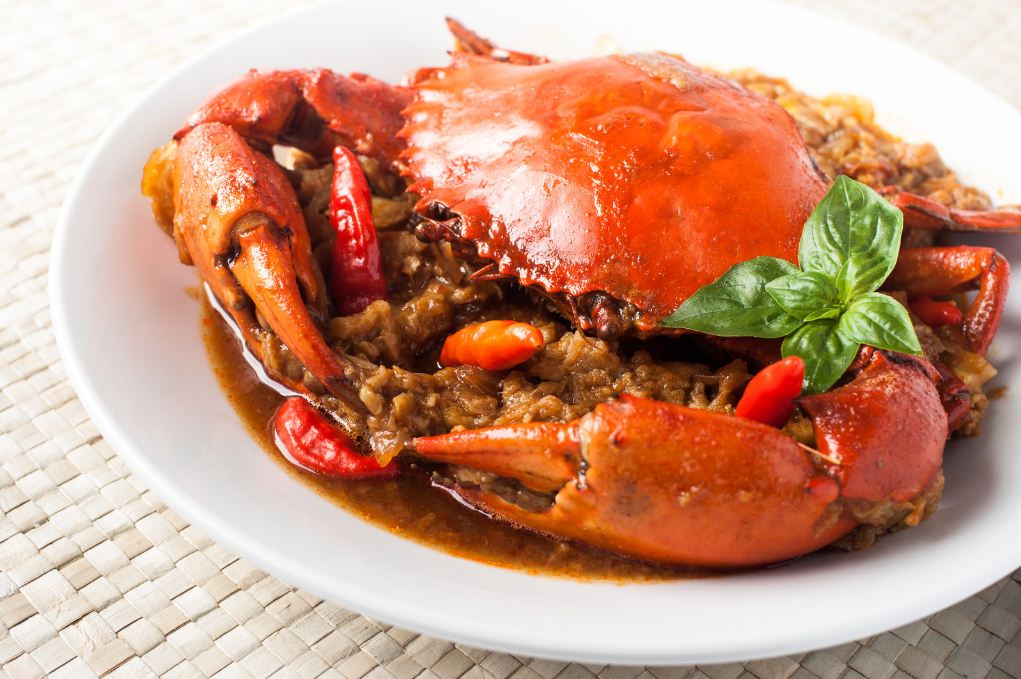 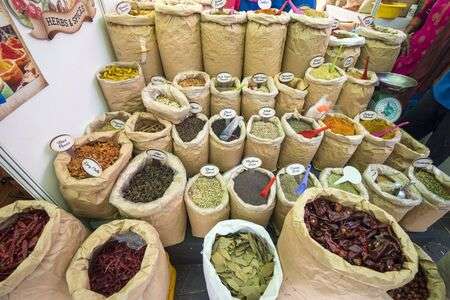 Public transport in Singapore is a step into the future. You can choose between the fast metro (MRT), funicular (LRT) and buses. The metro is cheap, has many lines and works very well - you can buy a multiple-pass card, which you top up with any amount from which the fee is collected when you bounce the card at the exit of the metro. You can also use taxis or Uber's popular equivalent in Asia - the Graves. WHAT IS WORTH SEEING IN SINGAPORE?

A relatively small city-state, and you may feel as if you are moving into the future. Trees that are really a ventilation system, skyscrapers ... The list goes on: 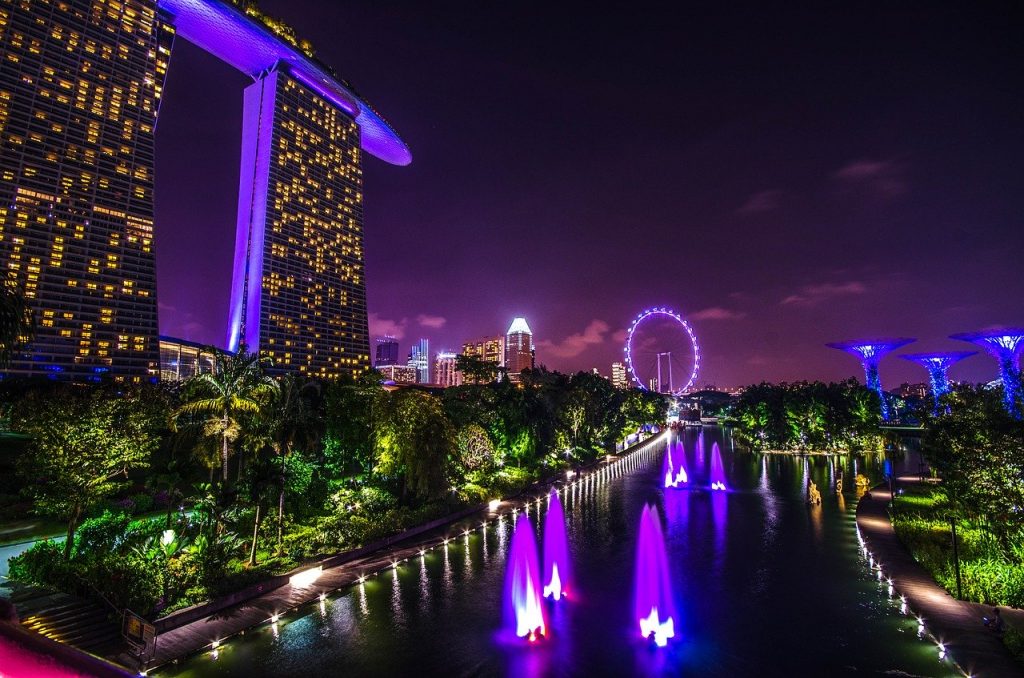 Gardens by the Bay 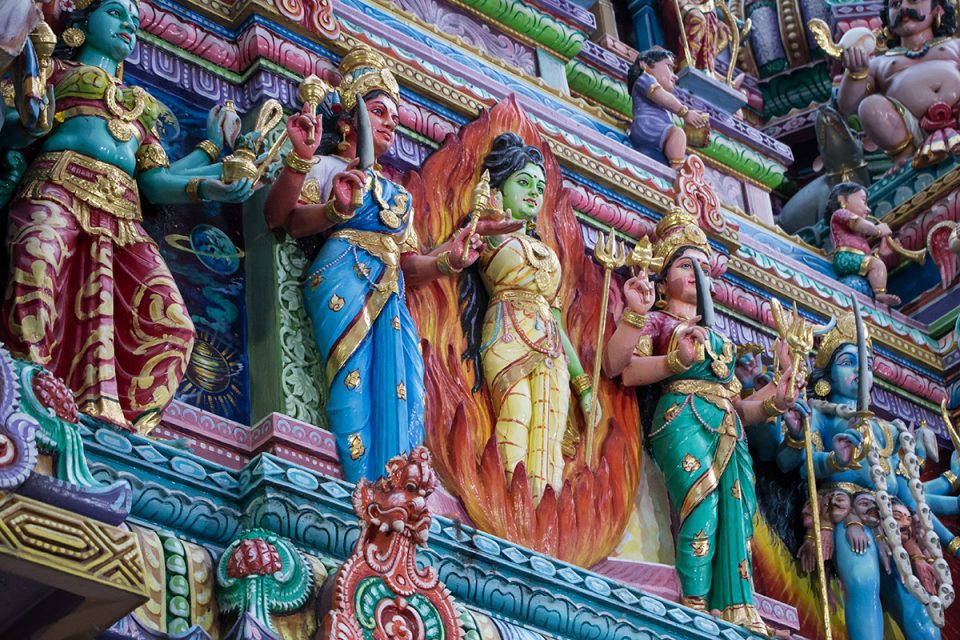 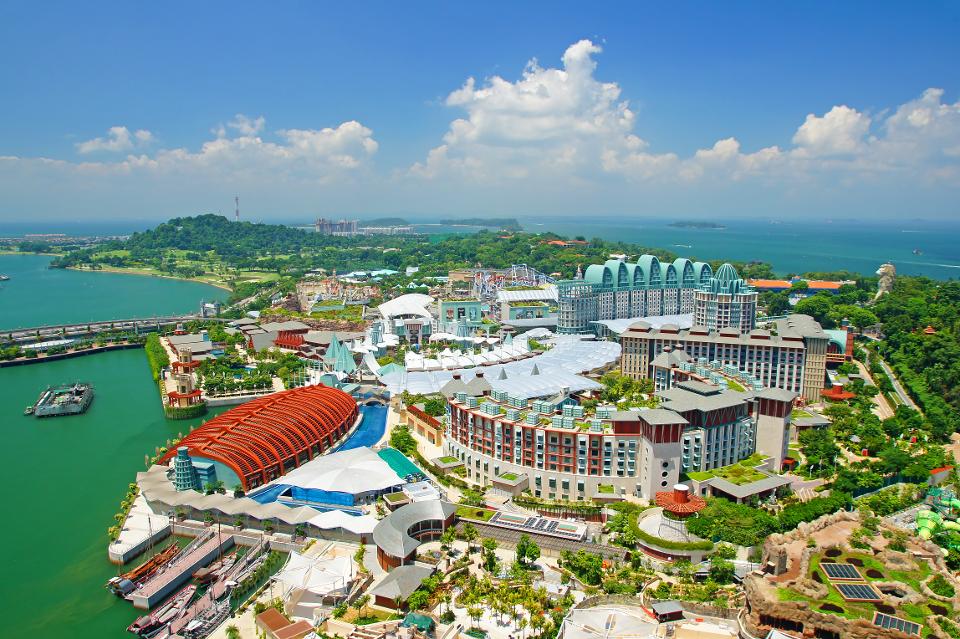 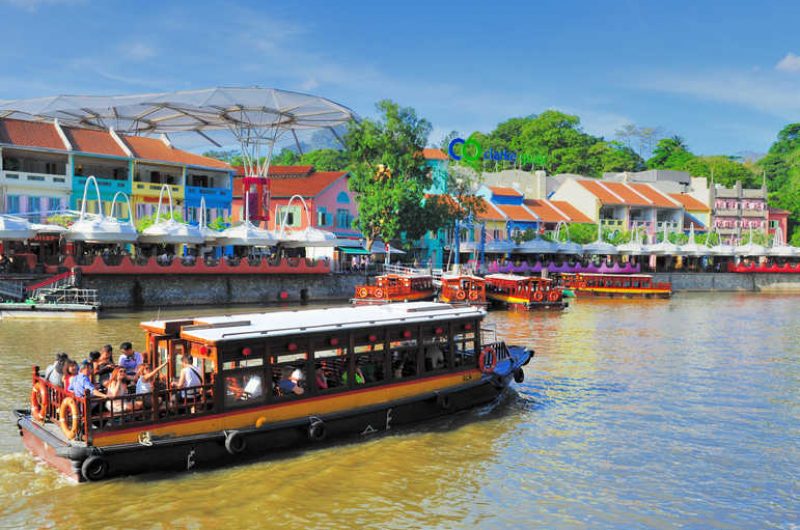 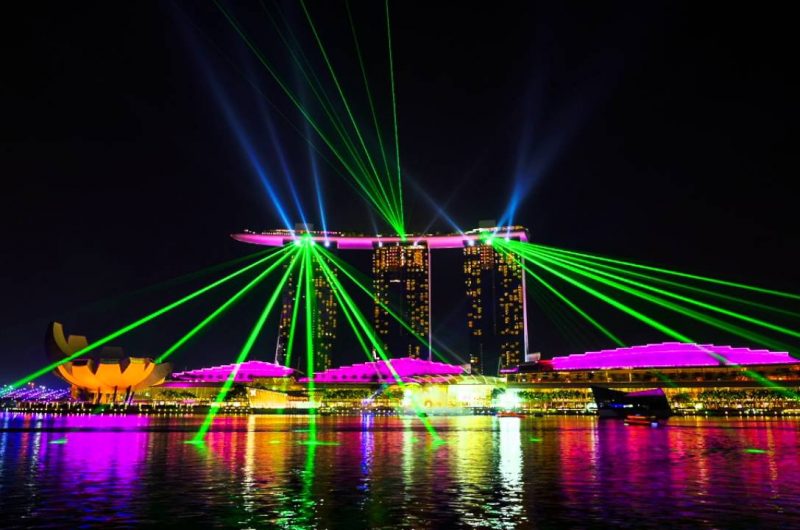 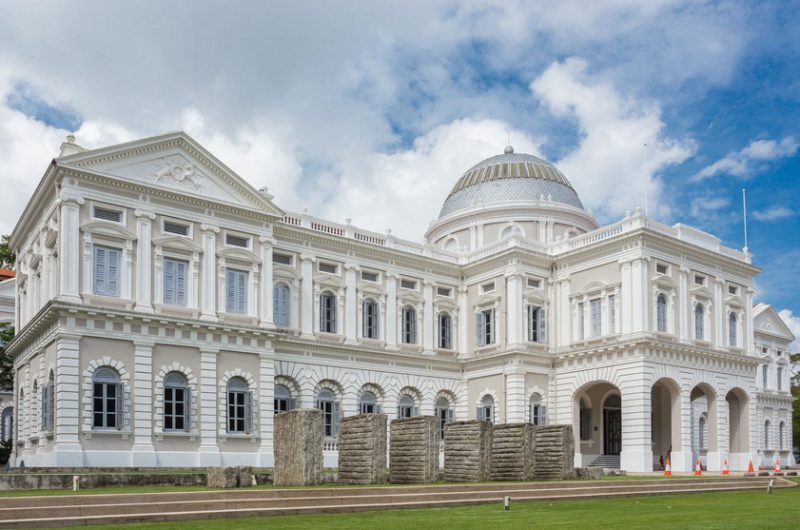 We do not need a visa to travel to Singapore. We can stay up to ninety days without having it. However, we must remember the validity of the passport. If it is less than six months until its expiration, we will not be admitted to Singapore. We must also have a return ticket bought at the entrance. More information HERE.

When entering Singapore, no mandatory vaccinations are required, and information on current threats and recommendations can be found at the Polish website Ministry Foreign Affairs .