Myanmar will greet you with the most beautiful pagoda in the country. You know its golden dome from photos, and it is breathtaking live! You will move to the central part of Burma, to Bagan - one of the most archeologically and culturally valuable places in Southeast Asia. A walk around the local market and visiting the most important and different temples is an introduction to the electric bike trip up to the sunset to watch the sun play on golden stupas from a good place. Myanmar has its own extinct volcanic cone - and we will of course show you! Along the way, you'll learn about the process of producing brown sugar, try local tea and several other specialties. In Mandalay, decorated pagodas await you, including the most important Buggha statue in the country - it is gradually covered by the faithful with successive layers of golden petals. You'll also see the world's largest bell weighing 87 tons. You will jump to Pyin Oo Lwin, located at an altitude of almost 1000m above sea level. former British climate station and you'll see the botanical gardens, clock tower and local market. We will direct you to Loikaw, open to western tourists only in 2013, which is famous for its gentle hills, lakes and local villages inhabited by ethnic groups. An approximately one-hour walk will lead you to the village of Pan Phet, inhabited by the Padung ethnic minority. Women from this tribe are famous for having a very long neck, which is formed by adding more gold-plated hoops to the necks of girls and later already mature women. On your way to Nyaung Shwe you will experience a boat trip on Lake Inle, passing by Sagar with 108 stupas, a village inhabited by the Inthu people and Sae Khaung, famous for its pottery. You will discover the surroundings of Inle Lake, incl. the Phaung Daw Oo pagoda, which contains 5 Buddha statues. You will spend the last day before returning home in Yangon shopping crowned with a royal feast. 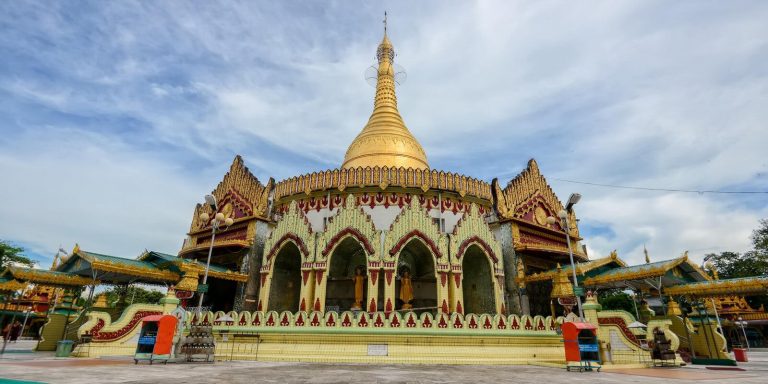 Myanmar will greet you with the most beautiful pagoda in the country. You know its golden dome from photos, and it is breathtaking live! From Rangoon, we will set off to another Burma attraction - Golden Rock, to which...
Trip length:
10 days
See full description
Previous
Next